Our firm is specialized in:

RIDALAW has extensive experience in claims litigation in the complex process against developers and banks.

The existing case law allows to claim from the Banks as responsible for the deposits the refund of the deposits made by the purchasers to the accounts of the developers that did not build and deliver the properties.

A floor clause refers to a specific clause usually included in financial contracts and in particular mortgage loans. In the case of variable interest mortgages, this floor clause limits the minimum possible interest to a fixed rate, p. 4,5% plus the specified spread.

In the last ten or fifteen years, many banks in Spain have included in their mortgage contracts with private individuals a clause limiting the minimum interest rate to a percentage ranging from 3.5% to 7%.

For instance, this would be a floor clause. For an average mortgage of € 150,000 at 20 years and subject to Euribor + 1 the inclusion of a floor clause could result in an additional € 250 per month. If a mortgage has been in effect for some years, let’s say a mortgage signed with a 4% floor clause before the historical fall of EURIBOR that took place in the fourth quarter of 2008, by now the customer may have already paid an excess of € 10,000 or more.

The Supreme Court issued a landmark ruling (9 May 2013) declaring illegal all the floor clauses included in the mortgage contracts of BBVA and other Spanish banks.

We believe that it is possible to claim from banks amounts that customers have overpaid due to the application of a floor clause included in their mortgage agreement. Most of the most recent judgements issued by the courts have applied this principle. So, if you have a floor clause in your mortgage contract, we can help you claim back against the bank. We can help you get your money back. 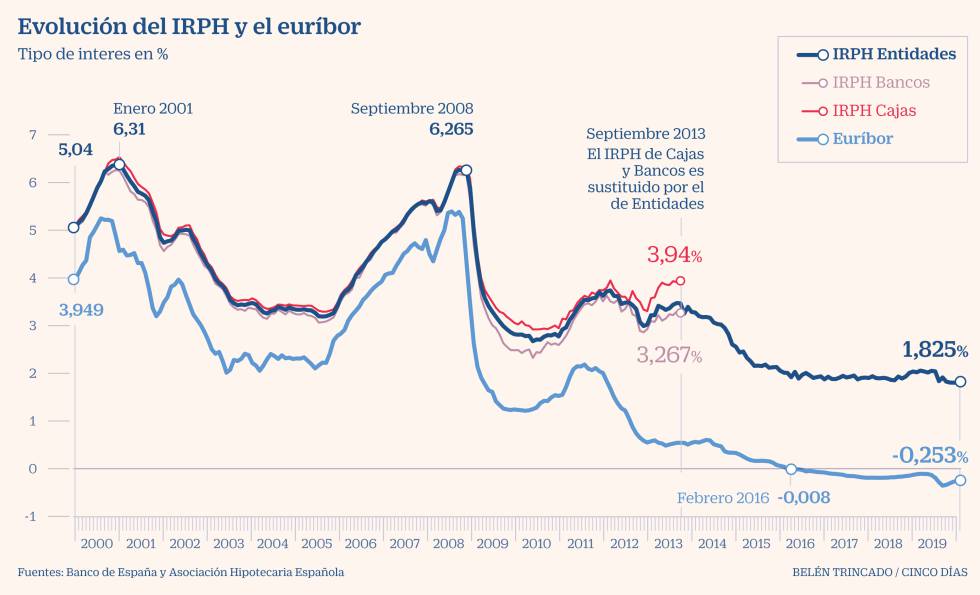 As with the floor clause happens, the IRPH reference clause, opens up the possibility of claiming from your bank if you have it.

In 2013, the Entrepreneurs Law replaced the IRPH of crates and the irph of banks with the IRPH set of entities. Between that year and 2016, the strong differences between the new index, which was around 3%, and the Euribor, close to 0%, caused a flood of lawsuits calling for its nullity as abusive.

The Spanish Constitutional Court, in a new judgment dated 11 May, declared that PLUSVALIA tax can no longer be levied by municipalities when a seller sells a property at a loss. This ruling is valid throughout the country.

In the sale process of a property in Spain, the seller is responsible for two taxes 1. Taxes on capital increase (paid to the autonomous authorities). 2. Capital gains tax (charged by municipalities).

In the sale, sellers of the property have to pay this tax as a result of the increase in value on the land to the City Hall where the property is located.

If there is no increase in value, it is logical that no taxes are collected. This new key decision of 11 May has done just that. The Constitutional Court of Spain has declared, with national effect, that when a seller sells a property at a loss, they are no longer obliged to pay the PLUSVALIA tax, no profit, no taxes.